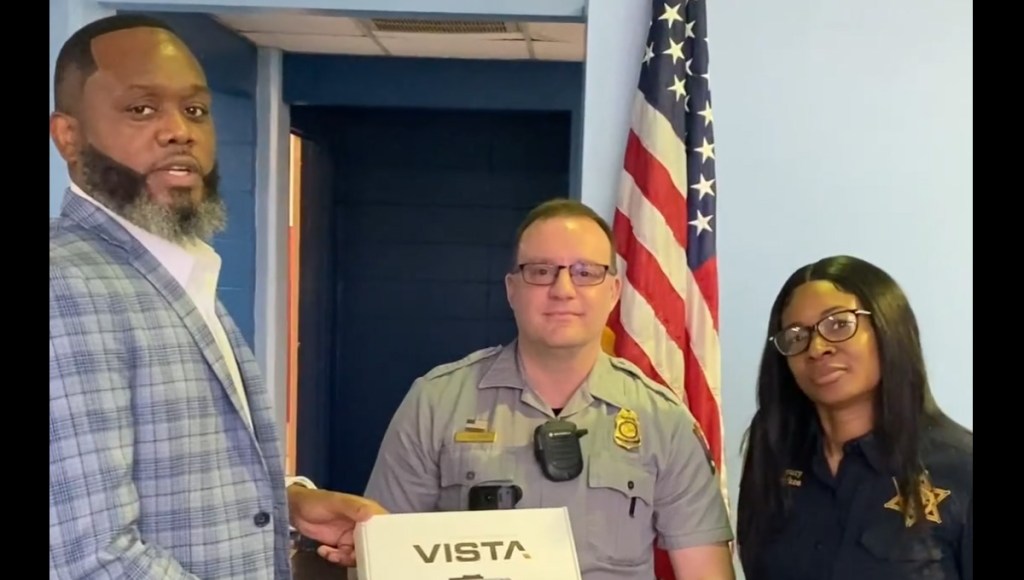 The Claiborne County Sheriff’s Office recently received a donation of 15 Watchdog in-car and body cameras and several spike systems from the U.S. Department of the Interior, on behalf of the Natchez Trace Parkway National Park.

“(The system will help with) holding our officers accountable and being transparent with the public as well,” Sheriff Edward Goods said.

“The body cam will allow us, the administration, to do live views when the deputies are out in the field to monitor the situation,” Chief Deputy Christy Sykes said.

The recorded footage can be used as evidence in court, as well as allowing the sheriff’s office to analyze and review incidents after-the-fact with a more complete picture of how events transpired during a response.

“You can always go back and say, ‘This is what we could have done, this is what we should have done.’ It gives you proof,” Sykes said, adding that the cameras will allow the sheriff’s office and the courts to have more concrete proof about incidents in which suspects’ and officers’ accounts of an event do not match.

The donation also included several vehicle spike systems that can be set up on a roadway and can be used to disable a vehicle by blowing out its tires. However, Sykes said, the use of that system would be a last resort when apprehending a fleeing suspect.

“It would have to be a dire need that we would use those,” she said.

The sheriff’s office has been working on securing funding for other equipment upgrades as well. They recently acquired a $95,000 grant from the Mississippi Office of Homeland Security to purchase a new radio system that will allow better communication between law enforcement personnel in the field.

Goods said they are also currently working to secure another grant from Homeland Security for a youth center for Claiborne County. The center would include after-school programs, tutoring services and on-the-job training.