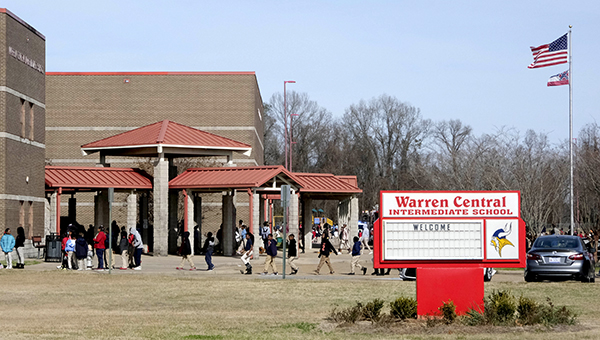 Students at Warren Central Intermediate and Sherman Avenue Elementary return to class after being evacuated Thursday after a fire alarm went off. Officials determined there was no fire and no danger to students. (Courtland Wells/The Vicksburg Post)

But, after a quick response by the local fire departments and safety officers with the Vicksburg Warren School District, it was determined there was no fire and no danger. In a statement from the District, officials said the fire alarm was inadvertently set off.

“… There was no fire or danger to students or staff,” the District said in a post to its Facebook page. “Classes have resumed and the schools will operate on a regular schedule for the remainder of the day.”