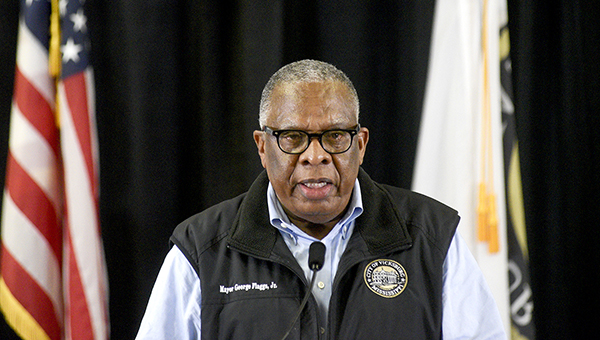 Mayor George Flaggs Jr. has announced a press conference Friday, where he is expected to announce a plan to begin reopening city government and some businesses within the city limits.

In a release from Flaggs’ office Monday, the press conference at city hall will be open to credentialed members of the media only and will be broadcast live on The Vicksburg Post’s Facebook page at facebook.com/thevicksburgpost. The press conference will be held at 2:30 p.m.

The current shelter-in-place order, along with two curfews and a list of business restrictions and closures is set to expire Monday, April 20 at 5 a.m.

As part of Flaggs’ plan to bring back city employees, he has announced COVID-19 screenings that will begin Tuesday.