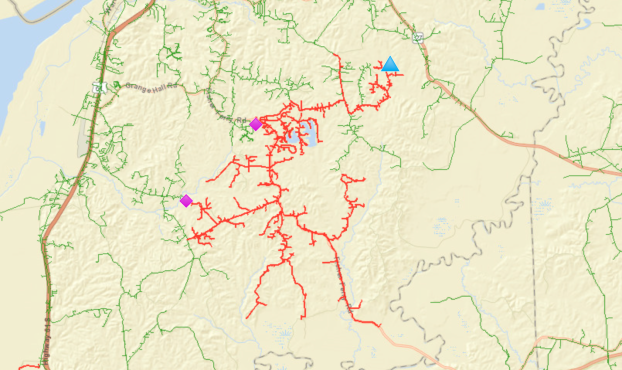 The Entergy outage map for the Warren County area shows the area of a significant power outage Sunday evening. (Entergy)

At one point Sunday, nearly 1,000 area residents were without power following an equipment failure on Halls Ferry Road.

Homes along Fisher Ferry Road, Nailor Road and areas around those main thoroughfares were impacted. Some of the neighborhoods that lost power included Lake Park, Camelot and Timberlane.

Monday, Entergy said the equipment that failed was damaged during the severe storms that rolled through the area Wednesday.

The number of confirmed cases of the COVID-19 virus in Warren County jumped again Saturday, growing to 45 overall; an... read more