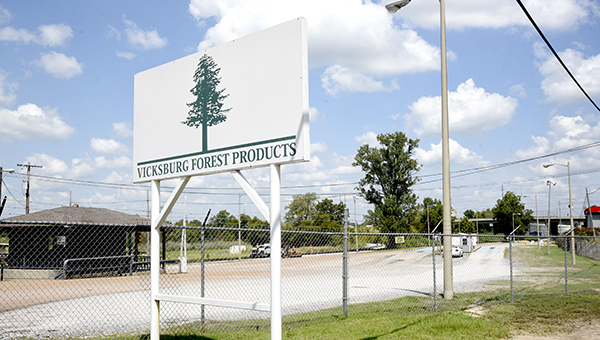 In a release from the Partnership, the expansion will allow the company to create 60 direct jobs and welcome $40 million in corporate investments.

“We look forward to working with the local economic community and the State of Mississippi to support further investment in our facility and the surrounding area,” said Billy Van Devender, manager of Vicksburg Forest Products. “We are excited about the long-term prospects of our Vicksburg operations.”

In 2018, Vicksburg Forest Products purchased the former Anderson Tully sawmill. The facility underwent a large-scale transformation and is currently producing approximately 75 million board feet of Southern Yellow Pine lumber on an annual basis.

After the planned expansion, the company said it would be capable of producing 180 million board feet of lumber per year.

The upgraded mill would also be positioned to purchase approximately 800,000 tons of timber annually from landowners in the surrounding areas. The company has signed a turnkey contract with a leading equipment provider. Construction is scheduled to begin in October and is expected to be completed next summer.

“With nearly 20 million acres of forestland in Mississippi, our state is positioned for continued growth in the agribusiness sector, as evidenced by Vicksburg Forest Products’ significant expansion just over two years after opening its doors in Vicksburg,” Gov. Tate Reeves said. “I appreciate the leadership at Vicksburg Forest Products for its commitment to doing business in Warren County and building stronger communities through job creation.”

Along with the private investment, the city of Vicksburg is supporting the expansion with infrastructure improvements including drainage and rail expansions on the site. The city’s work is being funded through grants provided to the city by the Mississippi Development Authority.

“We are proud to see Vicksburg Forest Products expanding and creating new jobs in our community. I believe it’s worth noting that the company’s willingness to make such an important investment in Vicksburg is a testament to the pro-business environment of our city,” Mayor George Flaggs Jr. said. “COVID-19 has created trying times for many in our community, and these 60 jobs will be a blessing for 60 families that can get back to normal through the dignity of work.”

“What a wonderful example of what our community can do when we pull together to grow our economy,” Holland said. “A quality employer making quality investments to grow a quality community. I applaud this investment and those who have chosen to make it.”

Don Brown, chairman of the Warren County Port Commission, a part of the Partnership, praised Wednesday’s announcement and the impact it will have on the local economy.

“The Warren County Port Commission commends Vicksburg Forest Products for believing in our workforce and in our community. This expansion is a very positive boost for the Port of Vicksburg and for the many families that will benefit by the jobs created,” Brown said. “We thank our economic development partners for their hard work on this project, including MDA, Entergy, the City of Vicksburg, Warren County, the Chamber of Commerce and the EDF.”

This project had been in development for some time. Recently, the Partnership’s executive director Pablo Diaz went before the Warren County Board of Supervisors, seeking their support of the project through consideration of an ad valorem tax and other incentives. During the presentations, the project had been under the name of “Project Octopus.”