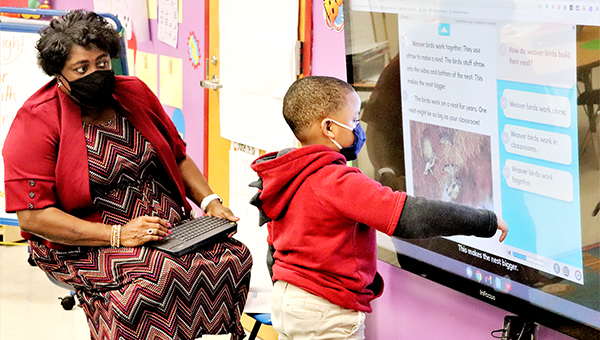 For her students, that greatness is her. Henderson is a finalist for the Vicksburg-Warren County Chamber of Commerce’s Educator of the Year award.

“My most moving educational experience continues to be the moment when my students accomplish their educational goal by learning how to read, write and comprehend for the first time,” said Henderson, who is in the midst of her first full year as a kindergarten teacher at Sherman Avenue. She took the lead of her kindergarten classroom last December.

Before being named a kindergarten teacher at Sherman Avenue in December 2019, Henderson joined the Vicksburg Warren School District in December 2019 as a substitute teacher. In August 2014, she joined the team at Warren Central Intermediate as a teacher assistant.

“I set high and clear expectations for quality work,” Henderson wrote in her Educator of the Year application. “I encourage my students to read and write their thoughts and ideas through journaling and abstract activities to improve overall learning.”